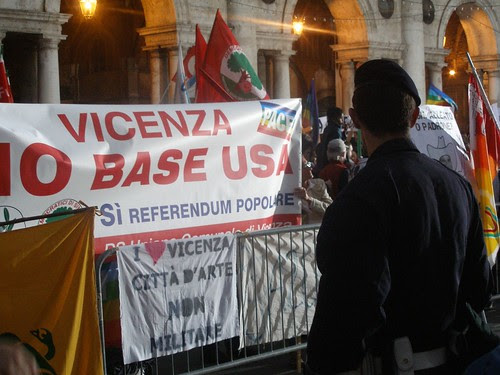 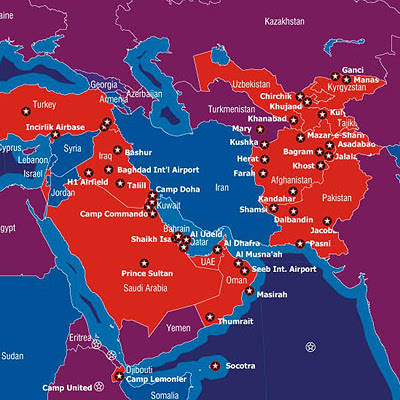 Outposts of Empire tells of the everyday effects of foreign military bases at a local or national level: the displacement of people; the democratic deficit and loss of sovereignty that bases cause; their devastating economic, environmental and health impacts; and impunity about the crime that bases bring with them, including sexual violence. These analyses are accompanied by case studies that illustrate the problems of bases in Diego Garcia, Guam, Hawaii, Japan, Korea, Panama, the Philippines and Turkey, as well as highlighting the remarkable efforts that people on the ground have made to struggle against them. An introductory essay sets out the broader history and changing geopolitics of the US military presence abroad, and introduces the emerging global network that aim to close these outposts of empire and send the troops home. 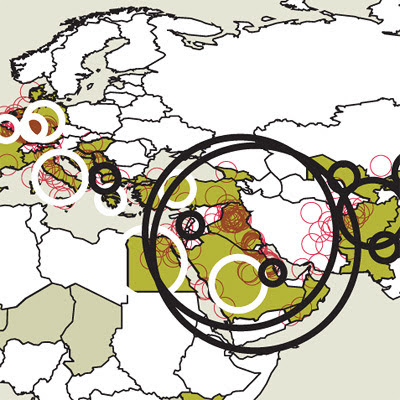 US Department of Defense Base Structure Report 2005 (PDF)

This government document provides statistics on more than 700 bases that the US military maintains in dozens of foreign countries and territories. The report includes details such as locations, acreage, numbers of personnel, and “replacement value” in US dollars for the components of its worldwide infrastructure. For a critical analysis of the 2003 Base Structure Report, see this article by Chalmers Johnson. Empire v. Democracy: Why Nemesis Is at Our Door / Chalmers Johnson / TomDispatch.com

US Military Bases Around the World / Daily Kos

US Military Bases: The Spoils and Deceptions of War / Kurt Nimmo / CounterPunch

New US Military Bases: Side Effects or Causes of War? / Zoltan Grossman / CounterPunch 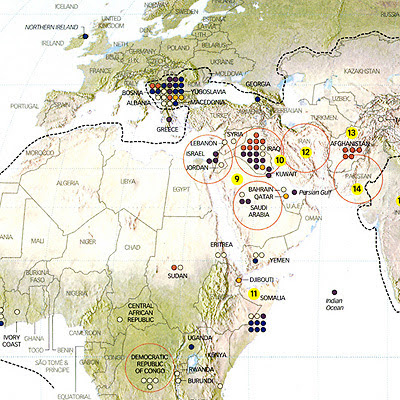 This special issue of Fellowship has been published in conjunction with the International Conference for the Abolition of Foreign Military Bases, held in Quito and Manta, Ecuador from March 5-9, 2007. Please visit www.no-bases.net for more information about the conference and to support the global movement to close military bases.

Empire is in the details (PDF) / Catherine Lutz

Recent writing that identifies the United States as an empire has focused overwhelmingly on its political-economic underpinnings, without questioning the cultural making of value or examining empire as more than an elite project. This writing has not drawn on ethnographic work that would reshape it in more adequate, less economistic forms, make the human face and frailties of imperialism more visible, and, in so doing, make challenges to imperial practice more likely. Focusing on military institutions, and via some examples from U.S. imperial projects in the Philippines and elsewhere, I suggest where ethnographies of empire might be done and what vulnerabilities they might explore.

Catherine Lutz on US empire and militarism (MP3) / The Monitor

If the U.S. is ultimately leaving Iraq, why is the military building 'permanent' bases? / Friends Committee on National Legislation 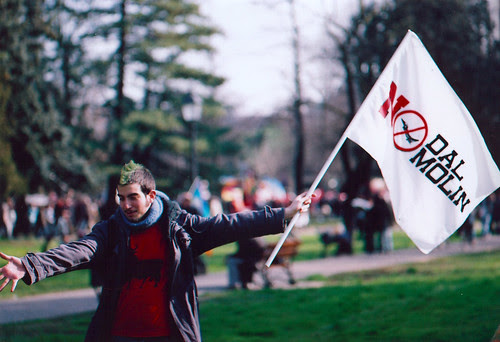 No Crimes by U.S.Troops! / Korea

The military takes up 20.6% of the total land area of the State of Hawai'i (about 200,000 acres). 56% of these lands are "ceded lands", or lands once under the Hawaiian monarchy that were granted when Hawai'i was purportedly annexed to the United States in 1898. In 1995 there were 405 toxic military sites in 122 facilities, with 6 of those facilities on the "Superfund" National Priorities List. As of 1995 the cleanup cost to taxpayers was $1.08 billion.

Noho Hewa: The Wrongful Occupation of Hawai'i is a documentary film that began as a project about resistance to the post 9-11 military expansion happening in Hawai'i, the largest expansion since WWII. The Army is bringing a Stryker Brigade to Hawai'i, which consists of about 300 urban assault vehicles that weigh 20 tons each, scheduled to arrive here by the end of the year. The amount of land being taken by the military to accommodate the Stryker is roughly the size of the island of Kaho'olawe, which was destroyed by the military. In addition, the state of Hawai'i is currently trying to bring a nuclear aircraft carrier group to Pearl Harbor, a site that history has shown us is a prime military target. 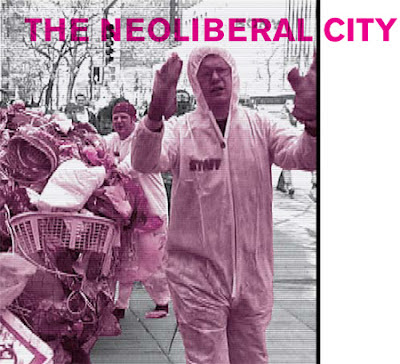 Trashing the Neoliberal City: Autonomous Cultural Practices in Chicago from 2000-2005

"We need an exciting new energy that challenges who will live in the city, who will benefit from its growth and development, and who will get to participate in fundamental decisions affecting economic, cultural, and social life. What we need is a space to contest whose city Chicago will be." - Pauline Lipman's essay from the publication entitled "Whose City Is It Anyways?"

Chicago is a post-industrial success story. At least that is what the spring 2006 special feature article on the 3rd largest city in the United States had to say about the matter. Increasingly cities, especially those that qualify as "Global Cities" of significant importance to the world economic stage, compete for success in terms of quality of life for white collar service workers and the so-called Creative Class and to facilitate the proper business climate to satisfy the needs of globalized capital. Other characteristics include the privatization of services previously managed by the state and the deregulation of labor and markets. Aspects of this contemporary phase of neoliberal capitalism are new, while some are as old as the free market itself. When we look at the implications of such a moment in time on a single city, many questions about the social impact on precarious residents arise. This publication catalogues a diverse range of cultural projects that responded to and questioned the state of social and political life in Chicago at the turn of the century.

The projects in this publication raise fundamental questions about our right to the city and the possible uses of culture in the struggle for community self-determination: How do we want to interact with our neighbors? What kinds of reforms do we want from the state and what kinds of collective infrastructures should we be building ourselves instead? What kinds of spaces encourage resistance, free movement and the well being of the whole population?

Most of the work featured in this publication has never been published or seen in print. For the first time, seventeen of the most compelling self-organized projects, events and initiatives from Chicago's recent past have been catalogued together to present a document of a unique period of cultural activism. Only the surface is scratched with 1-3 pages dedicated to each individual project, yet we get a sense of the projects essence and motivation through the inclusion of original press releases and reproductions of promotional materials as well as documentation. The work is divided up into three sections which attempt to organize the work according to it's most significant themes. The sections are "The Right to the City" featuring work that deals with housing and gentrification, "Protest Experiments" that address the policing of public space and dissent, and "Social Reorganization" which offers alternative contexts for gathering and relating to strangers, friends and collaborators in times of intense alienation and social isolation. 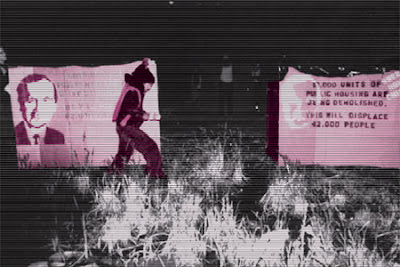