Geyer's Spiral Lands is a work of photographic and textual historiography that investigates the longest struggle for social justice in North America today - the dispossession of lands from American Indians by colonization, governmentality, capitalist development, and flat out force and violence. These claims for spatial justice are deeply temporal - legislation from Europe around the "Doctrine of Discovery" and the "Rights of Conquest" were written in 1493 and law suits initiated by native groups to uphold treaty rights and gain land claims have spanned most of the 20th century to today - and Spiral Lands sculpts a complex understanding of the dynamic of history, place, ownership, capitalism, vision and photography to explore how North America is literally a contested zone that has yet to reconcile its own history and its heroic narratives of conquest as a capitalist myth of origins. Foraging through the archive of colonial proclamations, treaties, manifestos from the American Indian Movement (AIM), anthropological texts, personal histories, corporate reports, travelogues, and oral histories, Geyer shows this relationship of land and ownership, of space and history, to be the very condition of the global present rather than a repressed history that can be brought into view by adding it to existing historical narratives. The landscape photographs of contested sites of Native lands challenge the historical scopic regimes of North American landscape photography and counter a photography of a spirit of place (genius loci) with the representation of place as process that is dynamically historical, intensely present, and visually uncanny. The heart of this work is a radical beauty of a cultural politics based not on cultural recognition and liberalism, but on social justice. 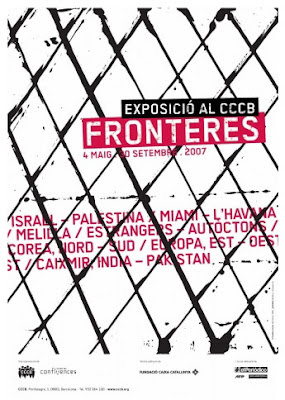 World Map, Protesting Cartography: Places the United States has Bombed, 2002-ongoing, with pins marking each bombed site for which there is a corresponding drawing

Protesting Cartography or Places the United States has Bombed (1998 - 2005)

"History is amoral: events occurred. But memory is moral; what we consciously remember is what our conscience remembers. If one no longer has land but has memory of land, then one can make a map."

These drawings are manifestations of self-education on the subjects of U.S. military interventions, geography, politics, history, cartography, and the language of war. The drawings are also a means to educate others. I make them beautiful to seduce the viewer so that she will take a closer look, read the accompanying information that explains the horror beneath the surface. I wish for the viewer to be captured by the colors and lost in the patterns—as one would be if viewing an Impressionist painting—and then have the optical pleasure interrupted by the very real dots, or bombs, that make up the drawing. Unlike an Impressionist painting, there is no sense of light in these drawings. And unlike typical landscape paintings, these drawings are based on surveillance, military, and aerial photography and maps.

As Miles Harvey writes in The Island of Lost Maps, "In the seventeenth and eighteenth century mapmakers were referred to as 'world describers.' In geometry, describe means to draw or trace the outline of something; in poetry, it means to get at the essence of something, to bring it to life in a way that's both startling and beautiful. You've got to do both kinds of description – and do it in a medium that's partially visual, partially mathematical, partially textual, a complicated miscellany of scale, orientation, projection, grids, signs, symbols, lines, colors, words."

I draw inspiration and information from many sources, but especially from William Blum’s book, Killing Hope – U.S. Military and CIA Interventions since W.W.II. Blum writes, "What might be the effect upon the American psyche if we were compelled to witness the consequences of U.S. foreign policy close up? What if the Americans who dropped an infinite tonnage of bombs, on a dozen different countries, on people they knew nothing about, had to come down to earth and look upon and smell the burning flesh?" I believe Americans have begun to smell the "burning flesh" since September 11. Do bombing campaigns make the world safer or free from terrorism? Or do they just increase the death toll, the already high levels of fear and anger, the rage and endless grieving in this world? Can any deadly bombs distinguish between an innocent civilian and a terrorist, a child or a soldier, a wedding party or an ammunition facility?

Miles Harvey continues, "For early humans, mapping may have served to achieve what in modern behavioral therapy is known as desensitization: lessening fear by the repeated representation of what is feared. Representing supposedly dangerous terrae incognitae in map form as an extension of familiar territory may well have served to lessen fear of the peripheral world." I suppose I want to instill fear back in to us, but not fear of the peripheral world. We should be afraid of ourselves. Maps are preeminently a language of power, not protest. I offer these maps as protests against each and every bombing.

I have completed 60 drawings.

Philadelphia, the Firebombing of M.O.V.E., May 13, 1985, for Ramona Africa and Mumia Abu-Jamal, "11 men, women, and children are burned alive, along with an entire city block, when the Philadelphia Police Department drop an incendiary bomb (200 lbs. of gasoline with a detonator) from a police helicopter onto the roof of M.O.V.E.'s building because the separatists refused to come out and face the police firing squad." - John Africa

Protesting Cartography: Places the United States has Bombed (PDF) is a series of protest drawings of US military interventions. Utilizing surveillance imagery, military websites such as the US Department of Defense battle plans, aerial photography, mass media, and maps, each drawing is based on a rendering of a place, almost always viewed from the air, which has been targeted by US bombers. I choose to make these drawings by hand rather than to employ photographic or other mechanical means in the hope that people will take their time with them. This project is an attempt to provide: a comprehensive and more humane acknowledgment of war; a revelation and analysis of our own complicity and passive acceptance of things as they are; different and multiple ways to access, interpret, and act on the magnitude of war and its aftermath; the truth; an uncovering of covert operations; and a remembrance of the dead for the living.

Haiti, 1959, (for Aristide, Stan Goff, and my father), "The U.S. military mission in Haiti, to train the troops of noted dictator Francois Duvalier, used its air, sea and ground power to smash an attempt to overthrow Duvalier by a small group of Haitians aided by some Cubans and other Latin Americans." - William Blum, Rogue State

Amchitka Island, "Midway point on the great arc of Alaska's Aleutian Islands, designated a national wildlife refuge in 1913. The Pentagon and the Atomic Energy Commission went looking for a place to blow up H-bombs. As a result, Amchitka was the site of 3 large underground nuclear tests, including the most powerful nuclear explosion ever detonated by the United States. 1965: the Long Shot test exploded an 80-kiloton bomb. 1969: the Milrow Nuclear test of one megaton, 10 times more powerful than Long Shot. 1971: Cannikan Bomb, 5 megatons, 385 times as powerful as the bomb dropped on Hiroshima." - Jeffrey St. Clair, In These Times, August 8, 1999 "The purpose was to test an island, not a weapon." - military official, online source
Posted by nicholas_senn at 8:21 AM