Vectors: Journal of Culture and Technology in a Dynamic Vernacular is pleased to announce the launch of its Winter 2007 issue devoted to the theme of Perception.

Our fourth issue of Vectors examines the sensory, phenomenological, and epistemological stakes of perception at different moments of history and in varied geographies, paying special attention to the cultural, ethical and ideological stakes of what, how, and when we perceive. Featured scholars include Sharon Daniel, Eric Faden, Anne Friedberg, Perry Hoberman, Donald Hoffman, Caren Kaplan, Laura Marks, and Trevor Paglen. Vectors is produced by editors Tara McPherson and Steve Anderson, co-creative directors Erik Loyer and Raegan Kelly, and programmer Craig Dietrich. 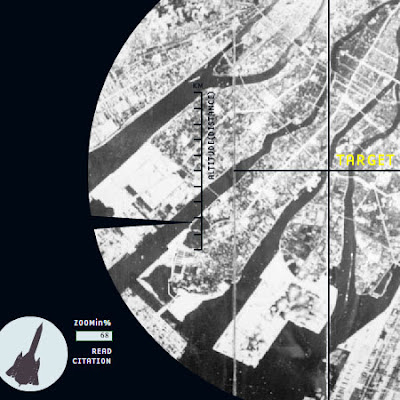 In this piece I explore the idea that altitude-the view from above the ground-inspires and creates some of the most powerful social relations of sight and knowledge in the European Enlightenment and its imperial and neoliberal aftermath. That geography has depended heavily on the "bird's eye view" comes as little surprise to anyone who has navigated a locale by map (climbing a hill or building almost always seems to enhance the navigational experience of using a map). But the extent to which this set of discourses and practices pervades art, science, and popular culture remains a matter of some urgent scholarly attention. As the aerial photographs and satellite images of the devastated Gulf Coast and the city of New Orleans after Hurricane Katrina demonstrate all too clearly, views from the air can represent seemingly everything and nothing. The particularism of thousands of pixels reveals startlingly detailed images of submerged rooftops and decimated levees yet the information cannot convey, apparently, the sheer need of thousands of people in a convention center waiting for evacuation. The expectation that the picture will deliver the truth, that the higher you go the better the view of that truth, and the more precise the information will be bears directly not just on social policy in an era of heightened national security but on the ways we imagine and act on national identity. Aerial perspective and the rise of an imperial world view become intrinsic to the discursive representations of contemporary nation-states.... [continue] 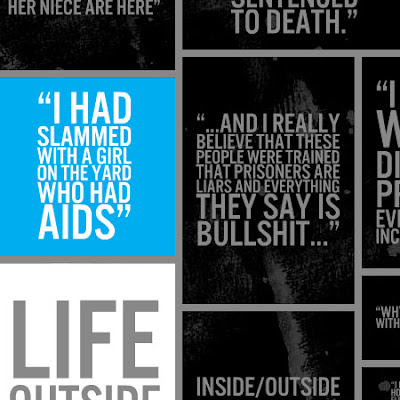 There are secrets that are kept from the public and then there are "public secrets" - secrets that the public chooses to keep safe from itself, like the troubling "don't ask, don't tell." The trick to the public secret is in knowing what not to know. This is the most powerful form of social knowledge. Such shared secrets sustain social and political institutions. The injustices of the war on drugs, the criminal justice system, and the Prison Industrial Complex are "public secrets."

The public perception of justice - the figure of its appearance - relies on the public not acknowledging that which is generally known. When faced with massive sociological phenomena such as racism, poverty, addiction, abuse, it is easy to slip into denial. This is the ideological work that the prison does. It allows us to avoid the ethical by relying on the juridical.

The expansion of the prison system is possible because it is a public secret - a secret kept in an unacknowledged but public agreement not to know what imprisonment really means to individuals and their communities. As the number of prisons increases, so does the level of secrecy about what goes on inside them. The secret of the abuses perpetrated by the Criminal Justice System and Prison Industrial Complex can be heard in many stories told by many narrators, but only when they are allowed to speak. After a series of news stories and lawsuits documenting egregious mistreatment of prisoners in 1993, the California Department of Corrections imposed a media ban on all of its facilities. This ongoing ban prohibits journalists from face-to-face interviews, eliminates prisoners' right to confidential correspondence with media representatives, and bars the use of cameras, recording devices, and writing instruments in interviews with media representatives. Women incarcerated in California are allowed visits only from family members and legal representatives. Inmates are not allowed access to computers, cameras, tape recorders or media equipment of any kind. Such restrictions preserve the public secret.... [continue] 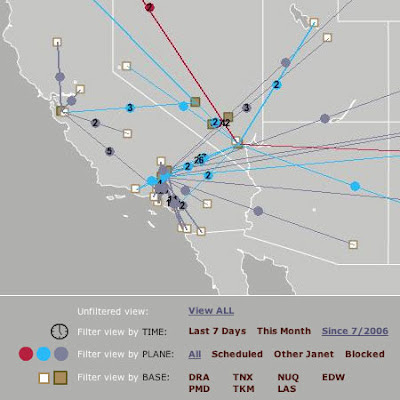 You can learn a lot about geography by tracking the movements of airplanes. Open up the in-flight magazine on any airplane and you’ll see what I mean. Within the glossy pages of those magazines, you’ll inevitably find maps of the world with lines connecting cities to one another – these are of course routes flown by the airline whose plane you’re sitting in. But they represent something more than that. Aircraft flights and routes help visualize a form of what geographers call “relational space”: the often hidden ways in which non-contiguous spaces are in fact profoundly interwoven. London is intensely connected to New York to Los Angles to Tokyo… one the other hand, how many lines connect to Kinshasa? Ashgabat? Kabul? These absences represent a different kind of relational space.

But there are many, many kinds of aircraft besides the cramped, coach-class commercial planes that many of us are accustomed to. There are the private executive jets of the extremely rich; the light prop planes of recreational pilots; the cargo fleets of UPS, Federal Express, DHL and the like; the helicopters and light planes of police departments; need I go on?; then there is, of course, the military. And within the military – which sometimes seems like a world unto itself - there are also scores of different aircraft types: cargo planes, fighters, bombers, trainers, transports, spy planes. Just as the movements of commercial aircraft describe various kinds of relational space, so do the movements of military aircraft.

This project is about one very peculiar subset of military aircraft – a fleet of nondescript Boeing 737s and Beechcraft King Airs that use the call-sign JANET when they’re operating in civilian airspace. The JANETs are an airline operating in the service of the military whose purpose is to shuttle workers to and from a collection of secret military installations in the Southwest and to undertake support operations for some of the most obscure activities within the Military Industrial Complex. The JANETs' movements represent a very peculiar kind of relational space indeed – a geography of secret projects, places, and people that military and defense-industry insiders refer to as the “black world”.... [continue] 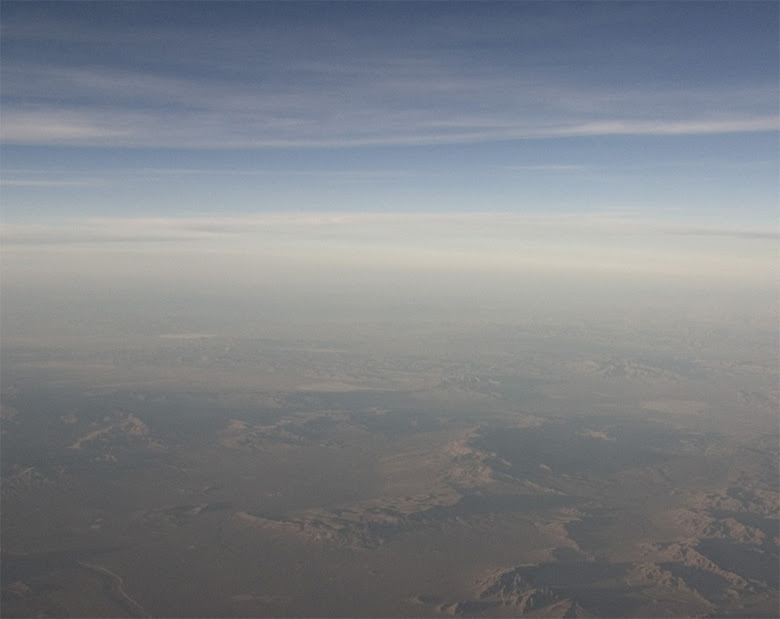 Vectors is an international peer-reviewed electronic journal dedicated to expanding the potentials of academic publication via emergent and transitional media. Vectors brings together visionary scholars with cutting-edge designers and technologists to propose a thorough rethinking of the dynamic relationship of form to content in academic research, focusing on the ways technology shapes, transforms and reconfigures social and cultural relations. We only publish works that exceed the boundaries of print.