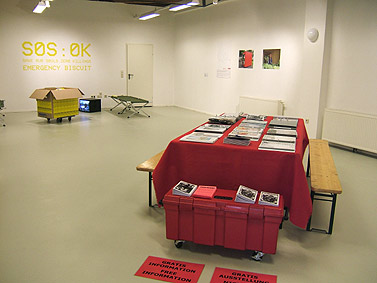 Temporary Services is a group of three persons: Brett Bloom, Marc Fischer, and Salem Collo-Julin. We draw on our varied backgrounds and interests to incorporate our aesthetic practice within our lived experiences. The need to create change within our daily lives translates directly to our public projects.

The distinction between art practice and other creative human endeavors is irrelevant to us. We embed the creative work we present within thoughtful and imaginative social contexts and strive to create participatory situations.

We champion public projects that are temporary, ephemeral, or that operate outside of conventional or officially sanctioned categories of public expression. We appreciate such diverse activities as makeshift roadside memorials to accident victims, temporary housing encampments designed by homeless people, tree houses fabricated by children, and idiosyncratic public notices that get stuffed inside the display windows of free newspaper boxes. We like outdoor projects that are encountered by surprise rather than sought out with deliberation like exhibitions and special events. We especially appreciate those projects that do not have permission and challenge expected usages.

All audiences are equally valuable to us. We have found that people who keep their eyes open while walking down the street are just as perceptive of urban visual culture as those who seek it out by reading the arts section of the newspaper every day.

Temporary Services has taken an extended interest in developing non-commercial methods of inserting ideas into publicly trafficked spaces since our inception in 1998. We develop or modify strategies for working in public that can be further adapted by anyone that may have a use for them. Working in public places forces us to experiment. It forces us to name our terms and to find ways to describe our group and our projects that do not rely on the languages of art theory or academia. We constantly re-assess and re-name in an attempt to make our process and thought patterns accessible to those we encounter. 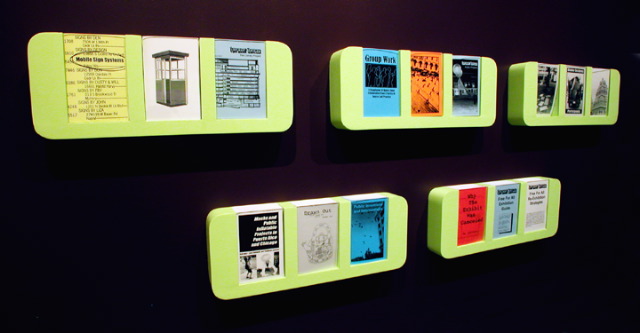 Some projects that Temporary Services has organized, executed, or sponsored include:
The link between aesthetics and ethics is in the foreground of our ideas. We seek thoughtful and responsible ways of both presenting our work and collaborating with others. We participate in the creation of spaces for dialogue, reconfiguring social formations, and experiencing aesthetics in transparent and focused ways. 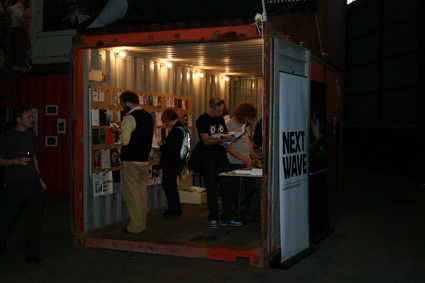 In all of our work, we try to consider the immediate ethical implications and the impact our actions have. We attempt to talk about our work in a way that is not detached and doesn’t gloss over the potential for abuse. A recent example is our collaboration with an incarcerated artist named Angelo on a project about the everyday inventions of prisoners. An important part of Prisoners’ Inventions involved safeguarding Angelo’s privacy and finding strategies to coordinate his participation in a project where he shares information that prison officials disapprove of. We had constant dialogues with Angelo in order to assess the risk levels of how he might be affected by working on this project with us while serving his sentence. Nothing could be rushed simply to meet an institution’s needs unless we were confident that Angelo wouldn’t be threatened by one of our decisions. During this project we also availed ourselves to many discussions with the museum that hosted it about the moral issues inherent in working with incarcerated people. We had extensive dialogues with the publisher of a book of Angelo’s writings and drawings of the inventions. We worked with the publisher to define the language used to discourage people from re-making electrical inventions that could be dangerous. In doing projects like Prisoners’ Inventions, we expect that as much time will be needed for talking about the process as we will spend preparing the work itself. This intense amount of communication is prevalent in many of our collaborations. 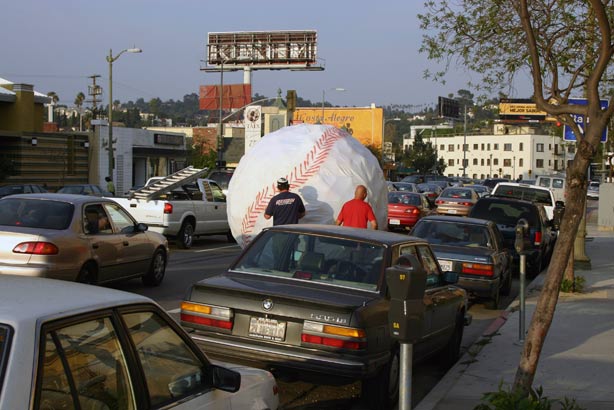 Collaboration is an important activity to us, both within our group structure and as a pre-cursor to dealing with others outside the group. A long-standing myth of our culture is that people are isolated individuals, struggling by the grace of their own good conscience and hard work to make a noble life. This is the myth of the rugged individual. This myth deceitfully places emphasis on individuals rather than the complex web of people that makes their accomplishments possible. This myth also obfuscates the extreme exploitation of others that is often necessary to achieve this kind of personal gain.

The reality is that all of us are immersed in a complicated system of social relations and ethical responsibilities. The myth of the rugged individual is so insidious because most people take it as a natural truth and not the product of a specific social and historical trajectory. By putting an emphasis on collaboration and the ethical treatment of the people we work with, we can begin to contest dominant models of cultural production and identify abusive structures that seek to benefit the few who hold power and access to representation. Group work functions in almost all art projects—from those that are labeled collective or collaborative to those advertised as “solo shows”.

On a practical level, working together gives us both the ability to do multiple projects at once and the flexibility to use each other’s experiences to our collective advantage. We also like collaboration because of the inherent challenges and incredible possibilities that come with working with each other and with persons outside of our group. We not only do more, but we are exposed to varied perspectives and opinions that we might never have to address on our own.

Temporary Services seeks to both create and participate in relationships that are not competitive and are mutually beneficial. We seek strategies for harnessing the ideas and energies of people who may have never participated in an art project before, or who may feel excluded from the art community as it exists for them. We seek tactics for harnessing the generosity of many individuals in order to produce projects on a scale that none of us could achieve in isolation. We strive toward aesthetic experiences that are built upon trust and unlimited experimentation. 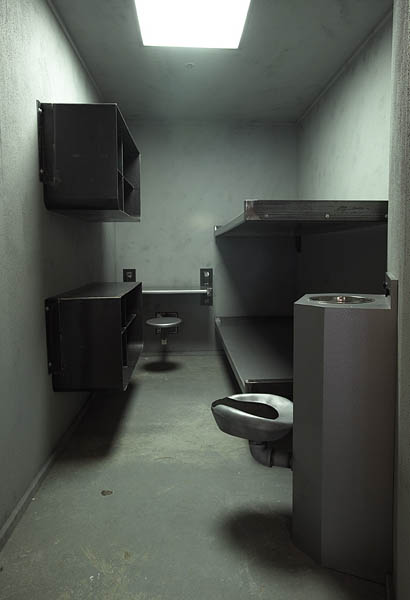 This project was a collaboration with Angelo, an incarcerated artist. He illustrated many incredible inventions made by prisoners to fill needs that the restrictive environment of the prison tries to supress. The inventions cover everything from homemade sex dolls, condoms, salt and peper shakers to chess sets. We collaborated on this project with Angelo for over two years. We had many additional collaborators who made a book, exhibition of re-created inventions and a prison cell possible. This page offers an overview of the project thus far.

Prisoners' Inventions: An Interview with Temporary Services / by Craig Buckley

RESURGENCE OF THE CULTURE WARS

This page is a repository of the recent resurgence in right wing attacks on free expression, the use of the Patriot Act for political intimidation and repression, and the general intolerance of unpopular opinions and images. Please send us information and links. It is only through making these abuses visible that we can counter them and insist on an open and tolerant society. The focus of this page is mainly on visual culture and the arts, though the political and social repression is certainly not limited to these areas.

There is a surveillance camera on the corner of Morse Ave. and Glenwood Ave. just steps away from Mess Hall. This concerns us greatly and we wanted to create a public dialogue around the placement of the camera in our neighborhood. We are putting this large print in our window and asking visitors and passersby to submit replies to the question. We will post those replies and hold several public meetings and discussions to talk about the camera.

MESS HALL: What It Is (After the First Year) / By Dan S. Wang

... To describe what Mess Hall is against such sociohistorical conditions, with their attendant political urgencies, is to suggest that Mess Hall, for all its humble effect, can be a meaningful part of a tide, a current, a flow that moves in a general direction. Being a conscious effort, this direction is a chosen one, and therefore it is not inappropriate to confess that Mess Hall is in its most abstract interpretation an ethical project. Moreover, given the reality in which we operate and the constellation of forces working against the simple proposition of an open space available to a self-administered public, it is impossible to understand Mess Hall without considering its ethical dimension.

Mess Hall is an initiative mostly based out of a storefront space in a North Side neighborhood of Chicago called Rogers Park. There exists no single way to describe what Mess Hall is because the initiative continually enlarges its domain of activity; moreover, this document is merely one person’s point of view. That said, I believe Mess Hall projects can be thought of as belonging to several different types...

THE FOLDS OF AN INSTITUTION / a conversation between Greg Sholette, Cesare Pietroiusti & Brett Bloom