The City From Below

This special national issue of the Indypendent Reader (Spring/Summer 2009 Issue 12) comes out of the Baltimore conference.

The city has emerged in recent years as an indispensable concept for many of the struggles for social justice we are all engaged in - it's a place where theory meets practice, where the neighborhood organizes against global capitalism, where unequal divisions based on race and class can be mapped out block by block and contested, where the micropolitics of gender and sexual orientation are subject to metropolitan rearticulation, where every corner is a potential site of resistance and every vacant lot a commons to be reclaimed, and, most importantly, a place where all our diverse struggles and strategies have a chance of coming together into something greater. In cities everywhere, new social movements are coming into being, hidden histories and herstories are being uncovered, and unanticipated futures are being imagined and built - but so much of this knowledge remains, so to speak, at street-level. We need a space to gather and share our stories, our ideas and analysis, a space to come together and rethink the city from below.

To that end, a group of activists and organizers, including Red Emma's, the Indypendent Reader, campbaltimore, and the Campaign for a Better Baltimore are calling for a conference called The City From Below, to take place in Baltimore during the weekend of March 27th-29th, 2009 at 2640, a grassroots community center and events venue.

Our intention to focus on the city first and foremost stems from our own organizing experience, and a recognition that the city is very often the terrain on which we fight, and which we should be fighting for. To take a particularly salient example from Baltimore, it is increasingly the case that labor struggles, especially in the service sector, need to confront not just unfair employers, but structurally disastrous municipal development policies. While the financial crisis plays out in the national news and in the spectacle of legislative action, it is at the level of the urban community where foreclosures can be directly challenged and the right to a non-capitalist relation to housing can be fought for. Our right to an autonomous culture, to our freedom to dissent, to public spaces and to public education all hinge increasingly on our relation to the cities in which we live and to the people and forces in control of them. And our cities offer some truly inspiring and creative examples of resistance - from the community garden to the neighborhood assembly.

We are committed in organizing this conference to a horizontal framework of participation, one which allows us to concretely engage with and support ongoing social justice struggles. What we envision is a conference which isn't just about academics and other researchers talking to each other and at a passive audience, but one where some of the most inspiring campaigns and projects on the frontlines of the fight for the right to the city (community anti-gentrification groups, transit rights activists, tenant unions, alternative development advocates, sex worker's rights advocates, prison reform groups) will not just be represented, but will concretely benefit from the alliances they build and the knowledge they gain by attending.

At the same time, we also want to productively engage those within the academic system, as well as artists, journalists, and other researchers. It is a mistake to think that people who spend their lives working on urban geography and sociology, in urban planning, or on the history of cities have nothing to offer to our struggles. At the same time, we recognize that too often the way in which academics engage activists, if they do so at all, is to talk at them. We are envisioning something much different, closer to the notion of "accompaniment". We want academics and activists to talk to each other, to listen to each other, and to offer what they each are best able to. Concretely, we're hoping to facilitate this kind of dynamic by planning as much of the conference as possible as panels involving both scholars and organizers. 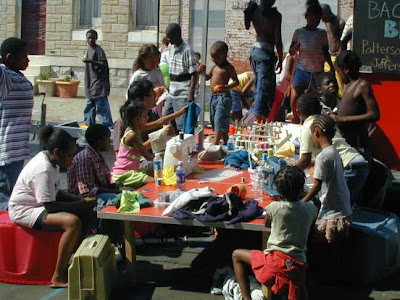 THEMES TO BE CONSIDERED

Please share with us your proposal for workshops or presentations. We hope to host 15-25 sessions with a mixture of formats and welcome proposals from groups and individuals. The conference is geared towards discussion and participation. People are welcome to bring papers and other resources with them, but this conference is not oriented to the presentation of papers. There will be 50 and 110 minute sessions. We welcome self-organized workshops but will also work to incorporate individual proposals into panels with others. In your proposal please indicate how your proposal relates to the themes of the conference, expected participants, organizing partners and session format (training, panel, open discussion, video, etc.) and how long the session will be. We are especially interested in proposals which combine critique of the urban environment with discussions of new strategies for its reclamation.

Please get proposals to us no later than the 30th of January, but preferably before January 1st.

Email is preferred, but you can also send a proposal to: 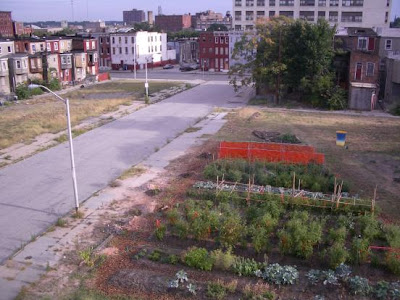 Investigating the Creation of the Ghetto and the Prison Industrial Complex / Contemporary Museum / May 14-August 27, 2006 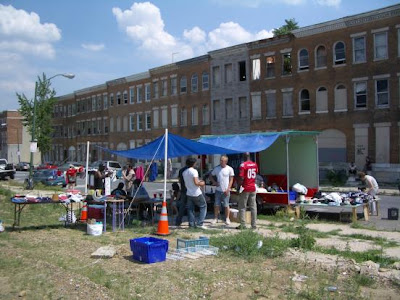 Posted by nicholas_senn at 7:21 PM