"The tradition of the oppressed teaches us that the "state of emergency" in which we live is not the exception but the rule. We must attain to a conception of history that is in keeping with that insight." 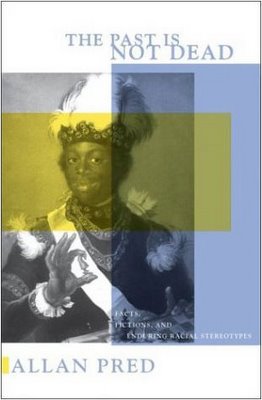 Practice, Power, Politics, and Performance: A Symposium in honor of Allan Pred

Organized and chaired by Gillian Hart

QuickTime Videos of the Presentations

Interests: Critical human geography, historical geography of the present, the cultural reworking of "globalization," Sweden, Europe and the U.S.

I am totally unconcerned with the disciplinary limits of geography, but fully concerned with geography as an ontological condition, as an inescapable existential reality. Everybody has a body, nobody can escape from their body, and consequently all human activity-- every form of individual and collective practice-- is a situated practice and thereby geographical. I regard the invisible geographies of power relations and meaning/discourse as every bit as "real" as the visible geographies of the built landscape and actual human activity. Whether exploring the historical geography of past and present urban modernities, or the production of gendered and "racial" difference, I am always preoccupied with the complex and multi-scaled processes through which visible and invisible geographies emerge out of one another.

Although my work of recent years may be characterized as "cultural," I insist there is no way in which the cultural may be entirely divorced either from the social and the political, or from the situated practices of everyday life and the workings of capitalism.

Among my principal influences are Walter Benjamin, Michel Foucault, Raymond Williams and the cultural Marxists who have followed in his wake, and feminist theory.

I take writing and questions of representation very seriously, believing that there should be some congruence between my textual strategy and the subject matter I am dealing with, between the way in which I write and what I am writing about. I look forward to the day when the watchdogs of academic style lose their teeth and it will not be considered out of line to submit Ph.D. dissertations in CD-Rom format, where text, sound and image are fused with one another.

My most recent seminars have gone under the following rubrics: Space, Place and Identity; Walter Benjamin, the City and Urban Modernity; Interrogating and Representing the Present Moment and its Modern Antecedents; Urban Modernities—Culture(s), Space(s), Everyday Life.

The Past Is Not Dead: Facts, Fictions, and Enduring Racial Stereotypes (2004)

Even in Sweden: Racisms, Racialized Spaces, and the Popular Geographical Imagination (2000)