In the Middle of a Whirlwind 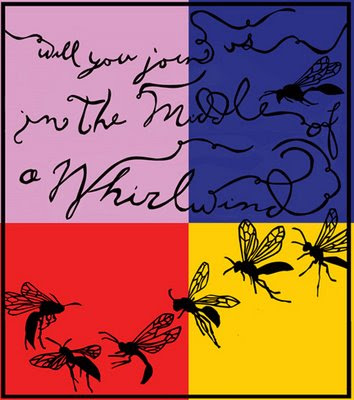 Will you join us in the middle of a whirlwind?

In the Middle of a Whirlwind: 2008 Convention Protests, Movement and Movements

A one-off online journal of theory, art, activism and organizing out now!

Published by: The Journal of Aesthetics & Protest Press

In the Middle of a Whirlwind (Whirlwinds) inquires into current organizing efforts in the United States, and through that process, assembles a strategic analysis of current political composition as a tool for building political power.

Whirlwinds' strategic context is this summer's RNC and DNC protests; through these documents and the discussions that erupt from them we hope to directly impact the anti-Convention organizing. In a larger sense, and in the long-term, Whirlwinds is intended to provide a set of useful documents for contemporary radical organizing. Each essay and interview addresses the issues of movement, working class power and composition, and/or gives strategic insight into organizing, and the strengths and weaknesses of current movement/s in the U.S. 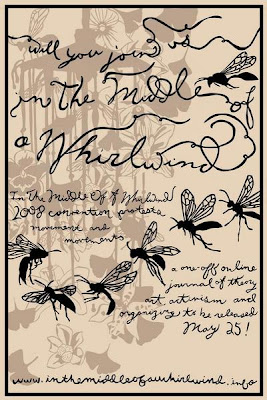 Posted by nicholas_senn at 9:50 AM