The Speculative Archive produces video, photography, and installation projects focusing on the records and effects of political violence. Current projects deal with the use of documents — images, texts, objects, bodies, and physical structures — to project and claim visions of the future. Past projects have addressed the bureaucracy of secrecy and memory. The Archive is a collaboration of Los Angeles-based artists Julia Meltzer and David Thorne.

Julia Meltzer is a media artist and director of Clockshop, a non-profit production company in Los Angeles. For the past fifteen years she has produced media projects and documentaries that deal with social issues such as police brutality and the criminal justice system. She received her BA from Brown University and her MFA from Rensselaer Polytechnic Institute. She is a 2004 recipient of a Rockefeller Media Arts Fellowship and was a Fulbright Fellow in Damascus, Syria in 2005-6.

David Thorne’s current projects include The Speculative Archive; the ongoing series of photo-works a certain interpretation based on a certain set of assumptions in order to take a certain position (1991–present); and scripts, a collaboration with artists Andrea Geyer, Sharon Hayes, Ashley Hunt, and Katya Sander. David is a 2004 recipient of a Rockefeller Media Arts Fellowship, and completed his MFA in Interdisciplinary Studio at University of California, Los Angeles in 2004. In spring 2006, he was a visiting artist at The Cooper Union in New York City. 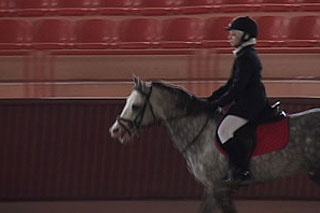 “We don’t like it as it is but we don’t know what we want it to be.” is a documentary video in five parts about competing visions of an uncertain future. Shot in 2005-6 in Damascus, Syria, this video combines fiction and non-fiction. A dissident intellectual, an architect, a US political analyst, a confidant of the ruling family, and a young Koranic scholar each offer their perspective on a place where people live between the competing forces of a repressive regime, a growing conservative Islamic movement, and intense pressure from the world’s superpower. 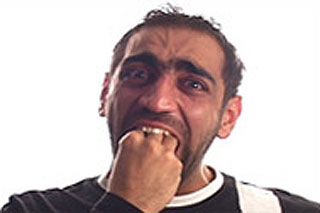 Not a matter of if but when: brief records of a time in which expectations were repeatedly raised and lowered and people grew exhausted from never knowing if the moment was at hand or was still to come

“Peace. I don’t want it. Fairness. Why? Victory? Makes me sick! Love? What a pity. Freedom? Ugly! Friendship? My ass!”

Rami Farah, a young Syrian performer, uses various modes of address such as a promise, a threat, a curse, a joke, a lament, and a premonition in order to speak to the current state of affairs in Syria and the Middle East. 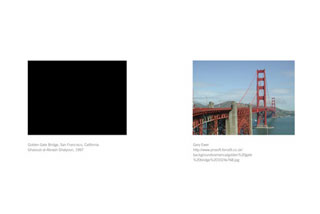 In Possession of a Picture: A selection of incidents of photographing or video-taping by persons of interest at various sites of interest, referenced with images from other sources

Photographic diptychs raise questions about taking pictures, having pictures in one’s possession, and about how we imagine future acts of terror. 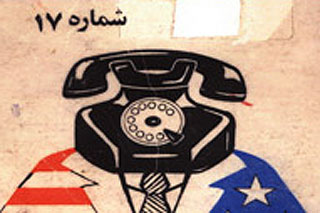 It’s not my memory of it: three recollected documents

"It's not my memory of it" is a documentary about secrecy, memory, and documents. Mobilizing specific historical records as memories which flash up in moments of danger, the tape addresses the logic of the bureaucracy of secrecy in the current climate of heightened security.

A former CIA source recounts his disappearance through shredded classified documents that were painstakingly reassembled by radical fundamentalist students in Iran in 1979. A CIA film-recorded in 1974 but unacknowledged until 1992-documents the burial at sea of six Soviet sailors, in a ceremony which collapses Cold War antagonisms in a moment of death and honor. Images pertaining to a publicly acknowledged but top secret U.S. missile strike in Yemen in 2002 are the source of a concluding reflection on the role of documents in the constitution of the dynamic of knowing and not knowing.

These records are punctuated by fragments of interviews with information management officials from various federal agencies, who distinguish between "real" and "protocol" secrets, explain what it means to "neither confirm nor deny" the existence of records on a given subject, and clarify the process of separating classified from unclassified information.

FREE THE, DEMAND YOUR, WE WANT, ALL POWER TO THE, WE MUST, STOP THE, END ALL, DON’T, FUCK THE, THE PEOPLE WILL, YOU CAN’T, THOSE WHO, WOMEN ARE, IF YOU, RESISTANCE IS: some positions and slogans recollected from an archive of political posters

In 2002 we spent 3 months conducting research at the Center for the Study of Political Graphics resulting in this installation. Six digital images reflect on six recurrent themes and images that we encountered in this collection. The bullhorn plays a recording of 100 slogans taken from posters in the collection. 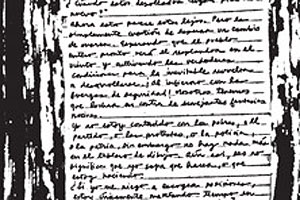 As though there were nothing else on the drawing board

A conversation takes place through an exchange of notes posted somewhere in Santiago in 1973.

What does it mean for the State to have intelligence? To what extent is intelligence the excavation of positive facts and to what extent is that procedure bound up in the fixing of historical memory? Does the resulting historical memory precede the ideological underpinnings of the State, or is it an effect of ideology? The Speculative Archive have produced a series of video records exclusively for Public Record. These records focus on the production of documents, their collection, circulation and reception, and their socio-political effects. The Archive describe their work as "speculative" as a way to foreground the temporal complexities of archival and documentary practices. Their "archive" is not a physical site where a kind of static retention occurs or where historical truth is fixed, but rather exists as a set of socio-political and cultural practices in which documents, objects, and memories are taken up in ongoing processes of transformation.

The Art of Forgetting: Speculative Archive's It's Not My Memory of It / by John Menick

Kosovo, Colorado takes a simulated Balkan village built in Colorado by the US army as a starting point to unravel further links between these two places, such as: the disappearance and reappearance of nuclear waste, incidents of high school violence and violence backed by the state, and the oblique language which is used to rationalize and define these events. A project by Julia Meltzer (2001).

Posted by nicholas_senn at 4:00 PM